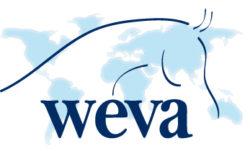 By: World Equine Veterinary Association
Venue:
Hyderabad, India
Date:
Add to My Library
Close
Would you like to add this to your library?