Iain Cope MRCVS, an RCVS recognised Advanced Practitioner in Zoological Medicine and owner of Vets4Pets Newmarket has led a successful industry-first operation to remove the front leg of a puma, alongside a multi-disciplinary team from Sampson Park Vets and Animates Vets.

Nine-year-old Nigel the puma, from Lincolnshire Wildlife Park, was suffering from a deteriorating arthritic condition, which was causing loss of function in his front leg.

His veterinary team consulted an orthopaedic specialist and trialled medical management including steroids and Solensia, but Nigel was unresponsive to treatment.

This led to a severe debilitating limp and pain, leaving a choice between amputation or euthanasia. 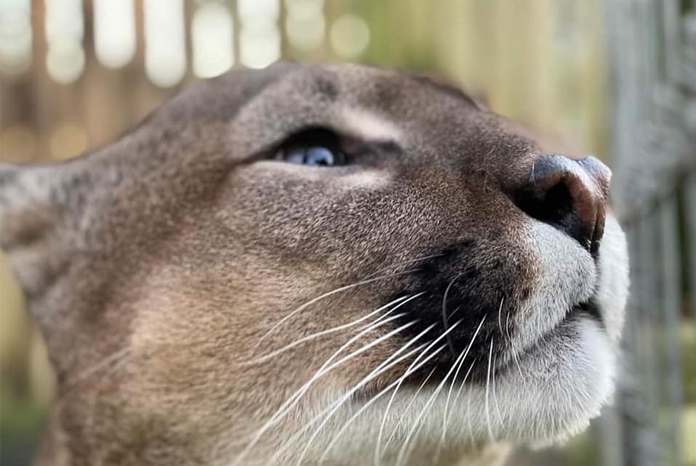 Nigel's treatment was funded by donations from visitors to Lincolnshire Wildlife Park, which is a registered charity that was originally established as a sanctuary for parrots in the early 1990s, who raised nearly £5,000 following a fundraising campaign.

The operation took place in a sterile theatre set up in Nigel’s enclosure, where the entire limb was removed, including the scapula.

Iain said: “Nigel’s case was certainly unique and one we haven’t come across before. Working alongside Lincolnshire Wildlife Park and a team of local vets and veterinary nurses, we applied our knowledge of domestic cat amputations to a big one.

“The approach was extremely similar, and the operation ran as smoothly as possible.”