Sledge dogs are much older and have adapted to Arctic conditions much earlier than previously thought. In a new study from the QIMMEQ project, researchers from the University of Copenhagen show that ancestors of modern sledge dogs have worked and lived with humans for over 9,500 years. 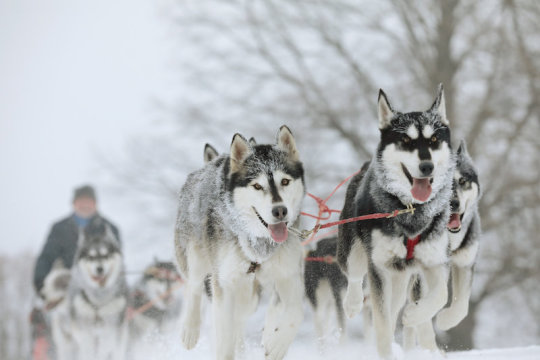 Dogs play an important role in human life all over the world -- whether as a family member or as a working animal. But where the dog comes from and how old various groups of dogs are is still a bit of a mystery.

Now, light has been shed on the origin of the sledge dog. In a new study published in SCIENCE, researchers from the Faculty of Health and Medical Sciences, University of Copenhagen, show that the sledge dog is both older and has adapted to the Arctic much earlier than thought. The research was conducted in collaboration with the University of Greenland and the Institute of Evolutionary Biology, Barcelona.

"We have extracted DNA from a 9,500-year-old dog from the Siberian island of Zhokhov, which the dog is named after. Based on that DNA we have sequenced the oldest complete dog genome to date, and the results show an extremely early diversification of dogs into types of sledge dogs," says one of the two first authors of the study, PhD student Mikkel Sinding, the Globe Institute.

Until now, it has been the common belief that the 9,500-year-old Siberian dog, Zhokhov, was a kind of ancient dog -- one of the earliest domesticated dogs and a version of the common origin of all dogs. But according to the new study, modern sledge dogs such as the Siberian Husky, the Alaskan Malamute and the Greenland sledge dog share the major part of their genome with Zhokhov. 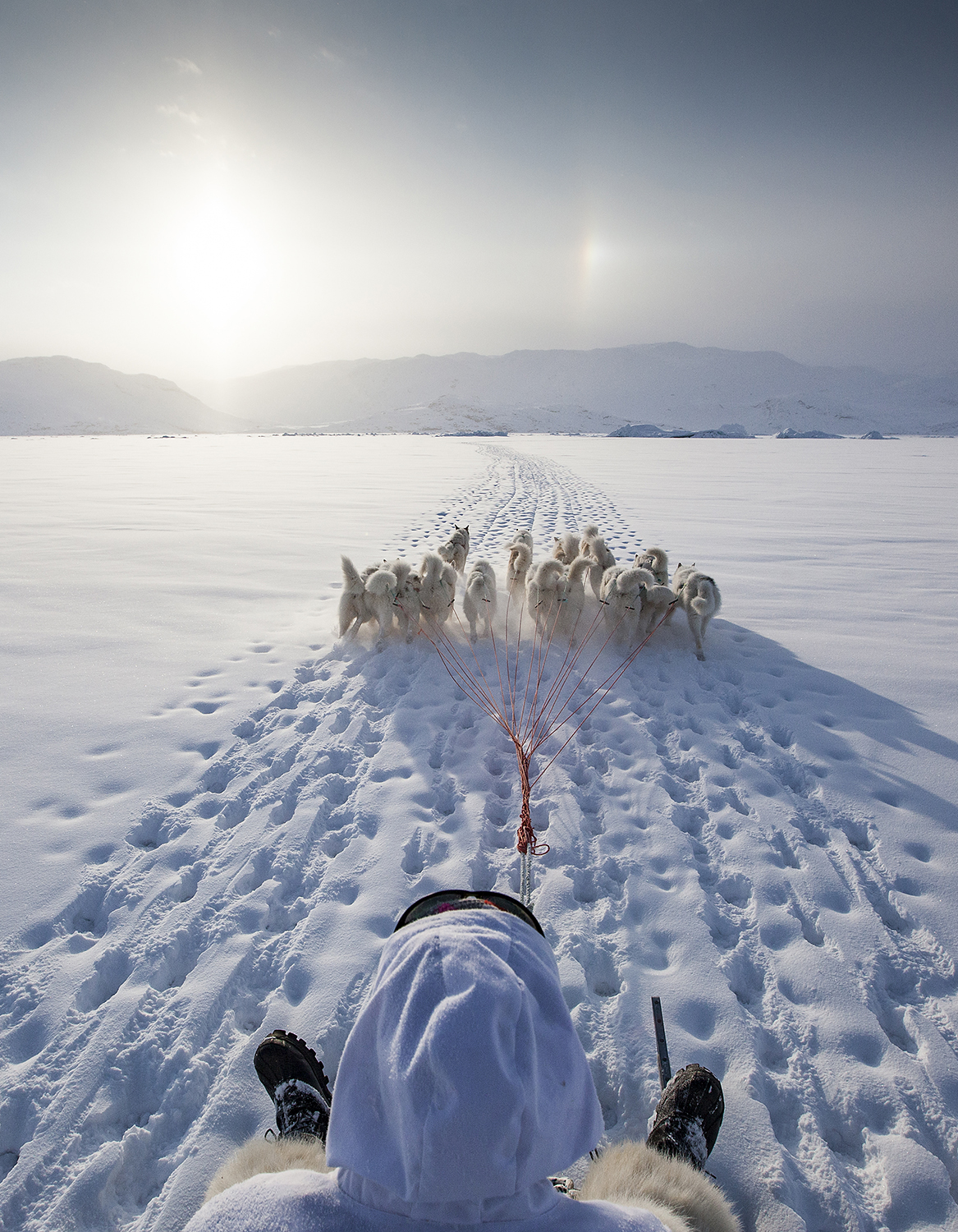 "This means that modern sledge dogs and Zhokhov had the same common origin in Siberia more than 9,500 years ago. Until now, we have thought that sledge dogs were only 2-3,000 years old," says the other first author, Associate Professor Shyam Gopalakrishnan, Globe Institute.

To learn more about the origins of the sledge dog, researchers have further sequenced genomes of a 33,000-year-old Siberian wolf and ten modern Greenlandic sledge dogs. They have compared these genomes to genomes of dogs and wolves from around the world. "We can see that the modern sledge dogs have most of their genomes in common with Zhokhov. So, they are more closely related to this ancient dog than to other dogs and wolves. But not just that -- we can see traces of crossbreeding with wolves such as the 33,000-year-old Siberian wolf -- but not with modern wolves. It further emphasises that the origin of the modern sledge dog goes back much further than we had thought," says Mikkel Sinding. 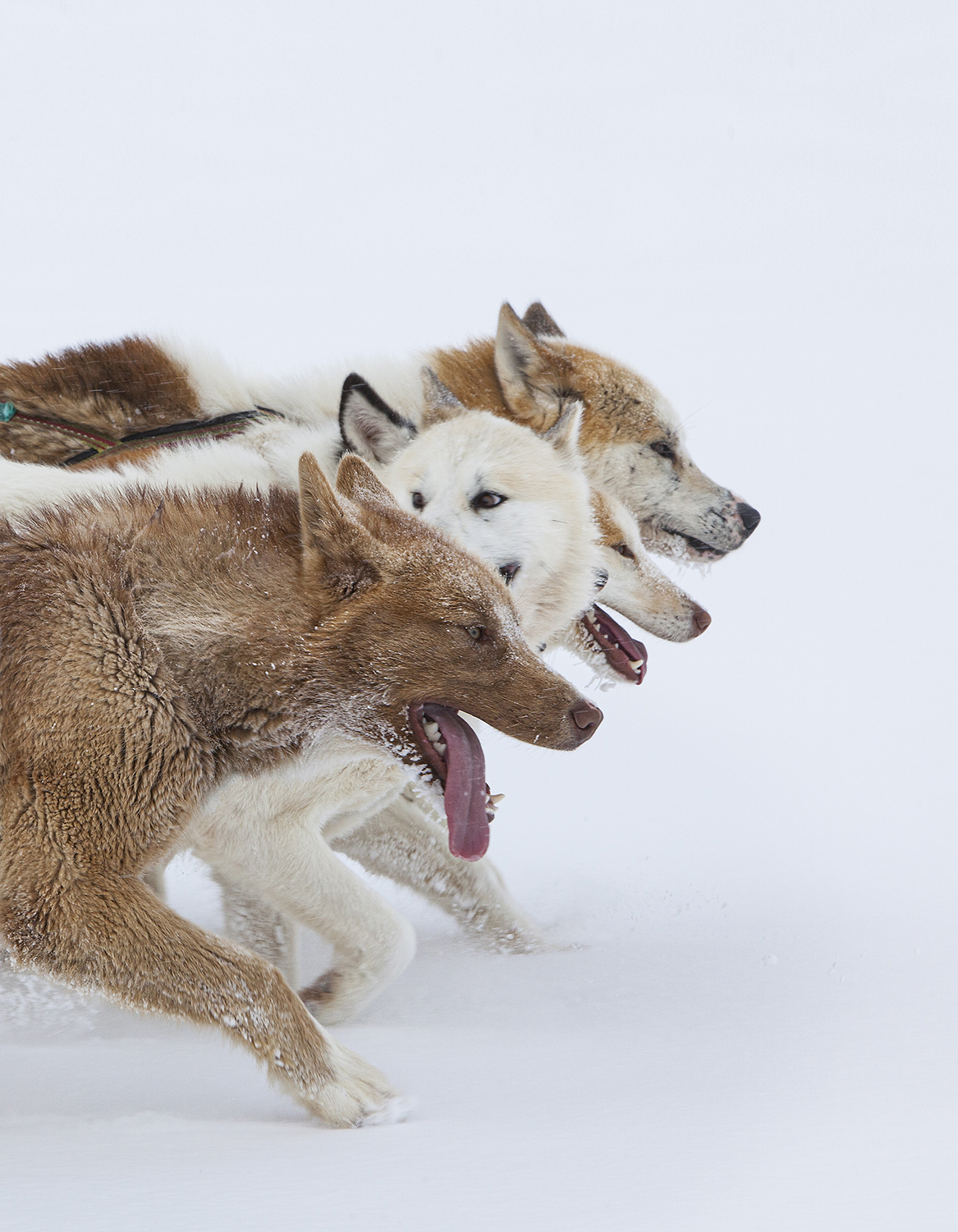 In addition to advancing the common understanding of the origin of sledge dogs, the new study also teaches the researchers more about the differences between sledge dogs and other dogs. Sledge dogs do not have the same genetic adaptations to a sugar and starch rich diet that other dogs have. On the other hand, they have adaptations to high-fat diets, with mechanisms that are similar to those described for polar bears and Arctic people.

"This emphasises that sledge dogs and Arctic people have worked and adapted together for more than 9,500 years. We can also see that they have adaptations that are probably linked to improved oxygen uptake, which makes sense in relation to sledding and give the sledding tradition ancient roots," says Shyam Gopalakrishnan.

The study ‘Arctic-Adapted Dogs Emerged at the Pleistocene-Holocene Transition‘ has been published in SCIENCE.