Of the roughly 2.7 million United States military personnel deployed to Iraq and Afghanistan post-9/11, up to 23% return with diagnostic symptoms of posttraumatic stress disorder. PTSD is a pervasive mental health condition that can occur after exposure to a traumatic event characterized by avoidance, re-experiencing, negative alterations in cognition and mood, and hyperarousal.

Research suggests that psychiatric service dogs may be an effective complementary treatment option for military veterans with posttraumatic stress disorder (PTSD). These dogs are a form of assistance dog that are specially trained to do work or perform tasks directly related to a psychiatric disability. For example, PTSD service dogs can be trained to detect a veteran’s physical signs of anxiety and distress, serving to alert to and interrupt anxiety and panic attacks as well as interrupt nightmares. 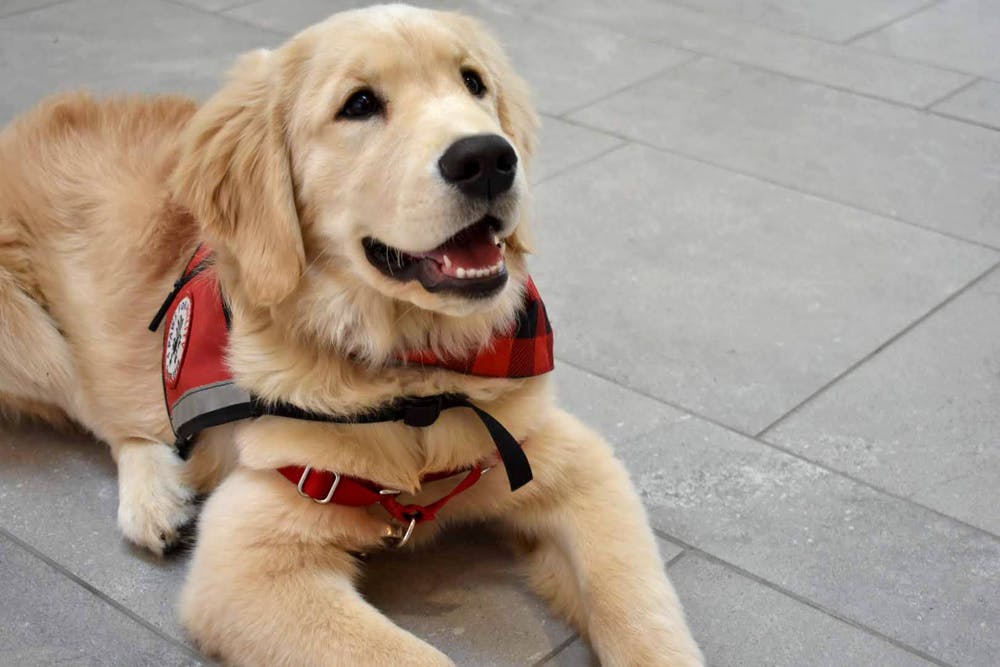 Tori Stitt is one of the many veterans who returned with PTSD from an army battalion. After her treatment for her substance abuse was not enough to overpower the nightmares, flashbacks and social isolation, she sought relief through a service dog. Devon, Tori’s golden retriever service dog has been immensely beneficial for Tori, who notes, “It doesn’t matter what bad things are going on, I can pet Devon, give him a hug, and they turn around 180 degrees.” When Tori is nervous or anxious, Devon stands close to her or places his paw in her lap. Should she thrash about in her sleep because of a nightmare, Devon wakes her up by licking her face. And because he is a dog, Tori has to take Devon for walks, which forces her to leave her home and, on occasion, interact with people. Read more about her testimonial

Unfortunately, these dogs are not made available to all veterans. The United States Department of Veterans Affairs (VA) has been providing service dogs for veterans since 1958, beginning with the need of blind veterans for guide dogs to assist their mobility. In 2002, access to service dogs was granted for veterans who were hearing impaired or who had “spinal cord injury or dysfunction or other chronic impairment that substantially limits mobility”. And in 2009, Congress gave further power to the VA to provide “service dogs trained for the aid of persons with mental illnesses, including post-traumatic stress disorder”. In 2012, however, the VA, using the rule-making authority granted it by Congress, ultimately promulgated a final rule that restricted service dog provision to “veterans with visual, hearing, or substantial mobility impairments”.

All hope is not lost in the progress towards understanding the health impact of service dogs on veterans with PTSD. At the end of 2014, the preliminary results of a yearlong study of 75 such veterans conducted by Kaiser Permanente were disseminated to the public and communicated to lawmakers. The Pairing Assistance-Dogs with Soldiers (PAWS) study revealed that service dogs can “significantly reduce symptoms of post-traumatic [stress]…and depression in veterans”. Veterans paired with service dogs reported lower symptoms of PTSD, lower symptoms of depression-related functioning, better interpersonal relationships, less substance abuse, and fewer psychiatric symptoms than veterans without dogs.