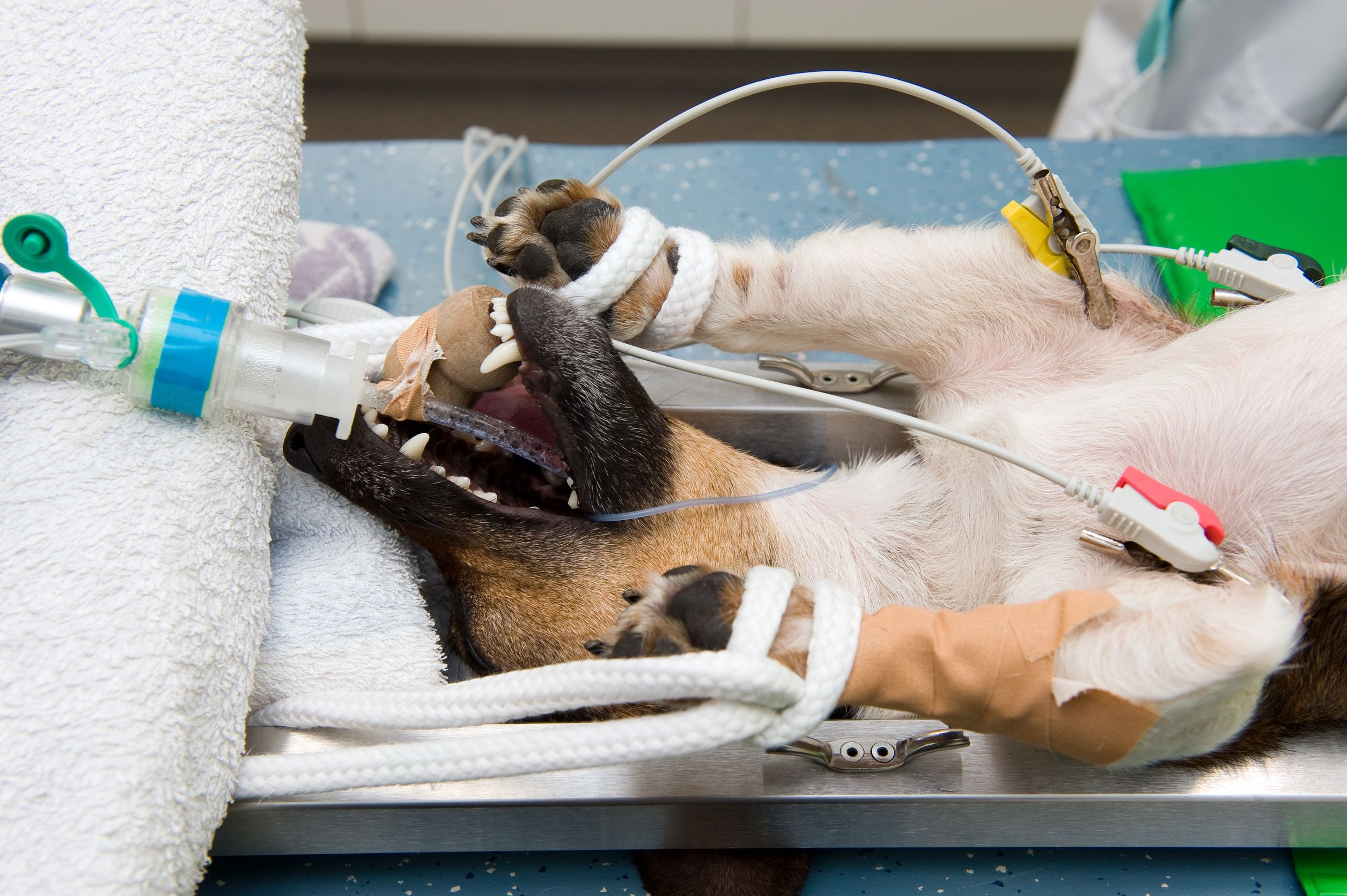 The purpose of this Knowledge Summary was to look at the evidence for the use of bupivacaine through the line block in dogs undergoing midline coeliotomy. Seven papers were identified as relevant to this question.

Back to 2004, there were two clinical studies. The first one, Wilson et al. (2004), determined the safe dose of intraperitoneal and incisional lidocaine applied in dogs undergoing ovariohysterectomy but no evaluation of pain scores was reported. The second was by Carpenter et al. (2004) where they found that intraperitoneal and incisional bupivacaine provided effective analgesia following ovariohysterectomy in dogs. In contrast, Fitzpatrick at al. (2010) found that there is no any additional analgesic benefit of infiltration with bupivacaine at the incision site, given either pre-emptively or following surgery when used as part of multimodal analgesic protocol for dogs undergoing routine ovariohysterectomy.

Another study (Campagnol et al., 2012) compared the effect of intraperitoneal or incisional bupivacaine on pain and analgesic requirement after ovariohysterectomy in dogs without any statistical difference.

There was only one clinical trial (Morgaz et al., 2014) where lidocaine was used through the intra-peritoneal continuous wound infusion for pain control following ovariohysterectomy in dogs, but the results were not statistically significant as the postoperative analgesia was similar to the analgesia provided by methadone.

Lidocaine and bupivacaine were used as a pre-incisional local anaesthetic block in dogs undergoing ovariohysterectomy (McKune et al., 2014). However, even in this prospective, blinded, randomised clinical trial, there were no firm conclusions about whether or not this line block is effective.

In conclusion, it is not clear if the use of a local anaesthetic including bupivacaine or lidocaine as incisional blocks minimises the postoperative pain especially in the first 24 hours, as the results are not statistically significant between the groups. As the sample sizes were so small and multiple analgesics were used in the clinical trials, further studies are necessary.