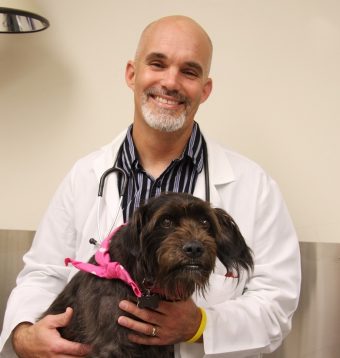 Jeffrey Bryan, a professor of oncology at the MU College of Veterinary Medicine, with one of the many dogs his team has treated.

Specifically, researchers are working to create vaccines using an affected dog’s own tumor. The vaccine is then used to stimulate antitumor lymphocytes, which are then collected and expanded outside the body to be used for transfusion of the patient’s immune cells.

“Essentially, the lymphocytes are exposed to chemicals that make them very angry and ready to attack the targeted cells,” Dr. Bryan tells Mizzou News. “Then, we transfuse them back into the patient’s blood like we would a blood transfusion.”  This leads to the killing of cancer cells by the “angry” lymphocytes.

The process, which lasts approximately seven to eight weeks, targets specific cancer cells and avoids the toxic side effects of chemotherapy. The results open the door to future clinical trials for human cancer. Ruby, who received the treatment more than three years ago, is a living example of the vaccine’s potential, researchers say. When Ruby was diagnosed with osteosarcoma, her life expectancy was less than a year, and she would have to undergo several rounds of chemotherapy, along with amputation of the cancerous limb.

“What we learned in this dog study—the successes and failures—is already informing what is being done in human studies,” Bryan tells Mizzou News. “We hope to expand the types of cancer we treat using this method.” 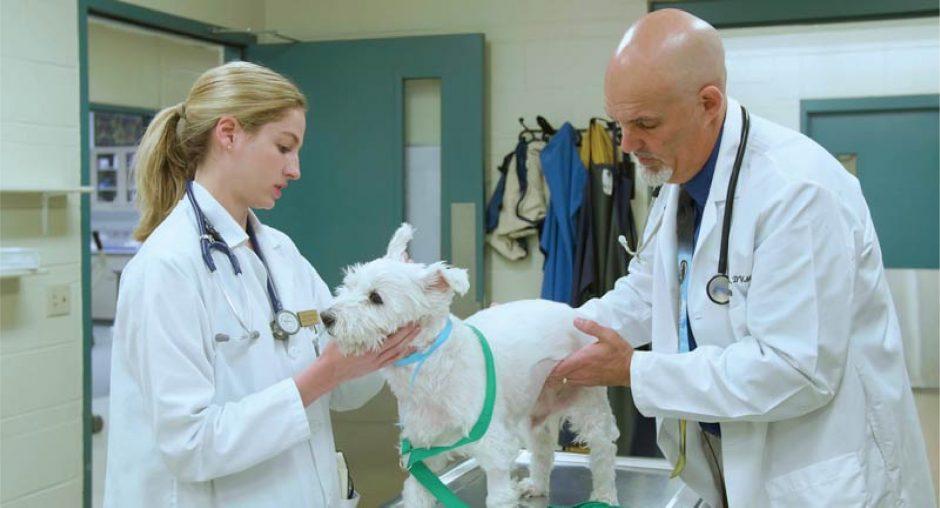 Jeffrey Bryan, professor of oncology, examines a dog at the MU College of Veterinary Medicine, where students are members of his research team.

In their study, researchers used the dog’s own tumor to create a vaccine that was then injected into the patient to stimulate anti-tumor lymphocytes. The lymphocytes were then collected and expanded outside the body by ELIAS to create a transfusion of the patient’s immune cells.

“Essentially, the lymphocytes are exposed to chemicals that make them very angry and ready to attack the targeted cells,” Jeffrey Bryan said. “Then, we transfuse them back into the patient’s blood like we would a blood transfusion.”

The result: angry lymphocytes hunt down the cancer cells and kill them. The whole process is over in about seven to eight weeks. Overall, the dogs like Ruby who received the vaccine had more than 400 days of remission compared to about 270 days for dogs receiving chemotherapy in a separate study by the National Cancer Institute.In the near future, Bryan said researchers plan to launch a similar patient-specific, precision medicine study aimed at treating melanoma in dogs.